Saved By The Belt Award


In 2011 the Hingham Police instituted a Saved By The Belt award program as part of its overall effort to increase seat belt usage by showing real life examples of people saved from death or serious injury due to correct seat belt or car seat use while they were not at fault or committing a traffic violation.

This program seeks to identify individuals whose lives are saved or injuries significantly reduced because they were properly wearing a a seat belt, were in a child safety seat and/or were protected by an air bag during a crash.

Who Qualifies for Nomination 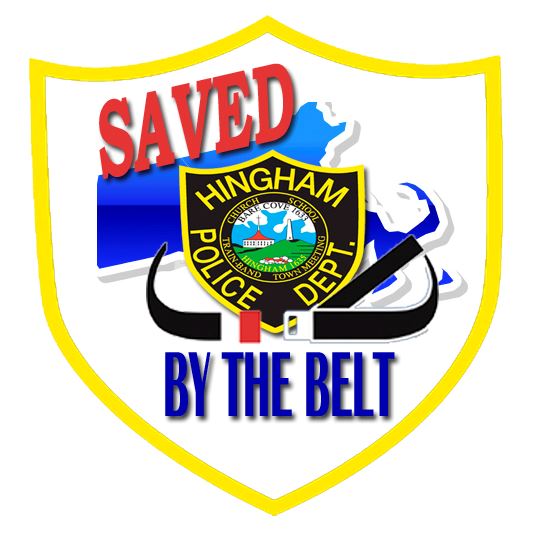 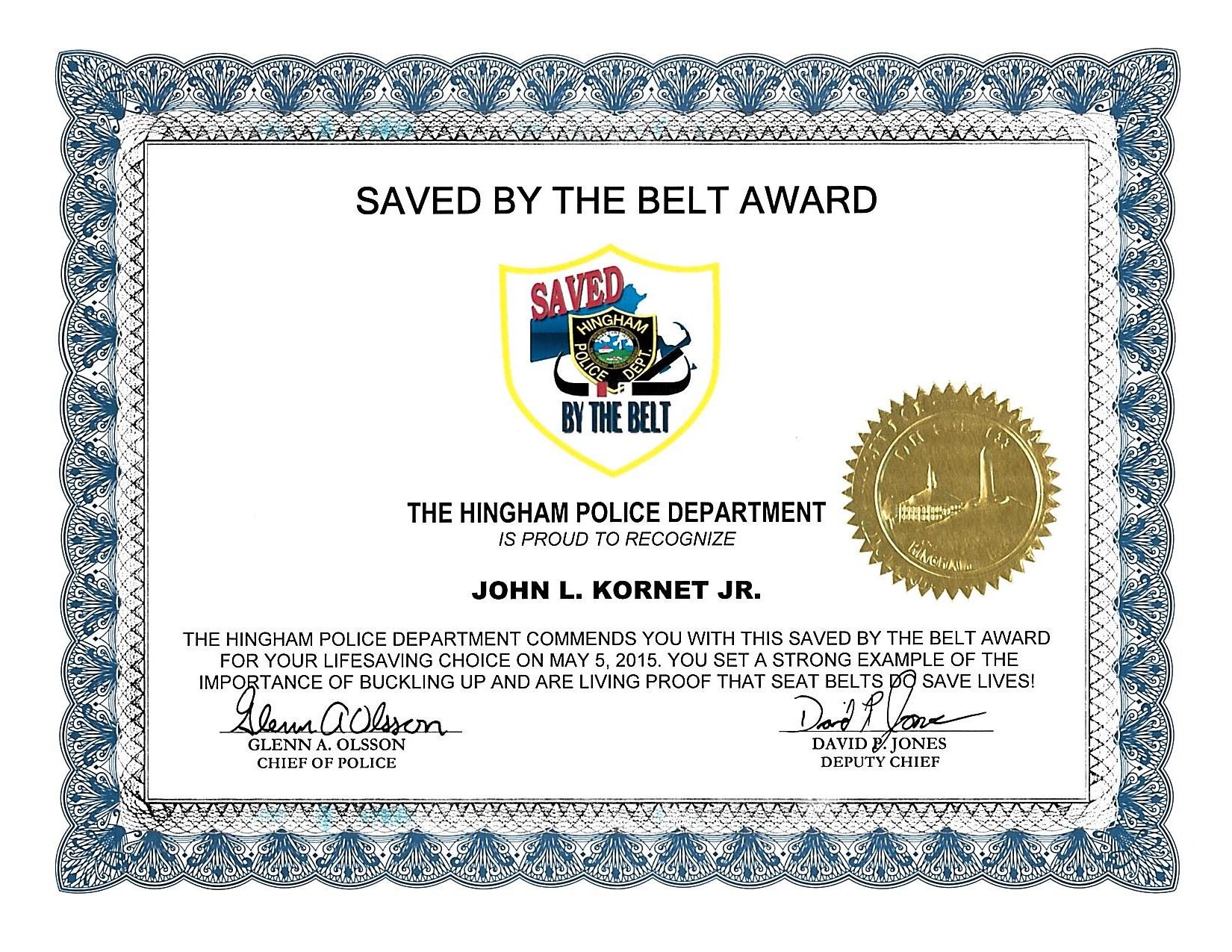 The Chief of Police and the nominating/investigating Officer will present the nominee with a framed Saved By The Belt Certificate. With the nominee's permission, this is done during a public meeting in Town Hall, to further reinforce the value of seat belts, child seats and airbags.

Brendan Wright, 16, of Quincy, was our first Saved By The Belt Award recipient. His Jeep was struck by a truck that crossed the center line into his lane in June 2011 on Route 53. That impact sent his Jeep into a spin across two oncoming lanes of traffic. It went over the curb, became airborne and landed on a large rock and against several small trees. He had just received his license 4 weeks earlier. He was not injured. Traffic Officer Jeffrey Kilroy noted he likely would have been ejected if he was not seat belted. 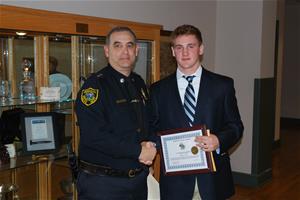 Three Weymouth teens where traveling on Route 53 in February 2012 when their Nissan was struck on the passenger side by a car that entered the road from a parking lot and struck the side of their SUV. That impact caused the Nissan to spin clockwise and flip onto its side.

Fortunately, the driver, Jenna L. Sartucci, 18, and her two 17 year old passengers, Lauren H. Wiessmeyer and Kelly A. Griffin were all properly seat belted and not injured.

Traffic Officer Philip Tracey, a crash reconstructionist, wrote the teen, if not seat belted, likely would have suffered serious if not fatal injuries. 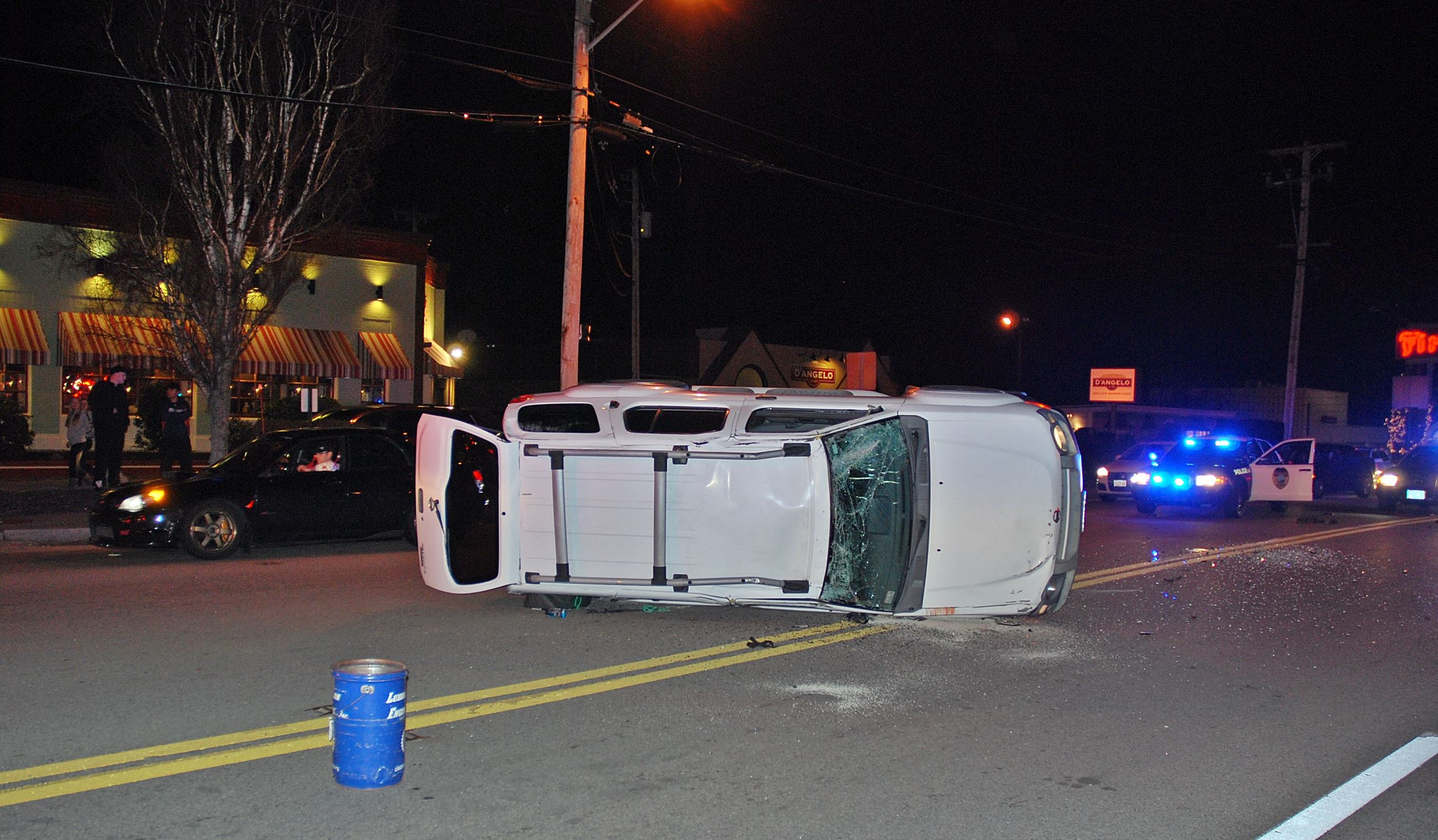 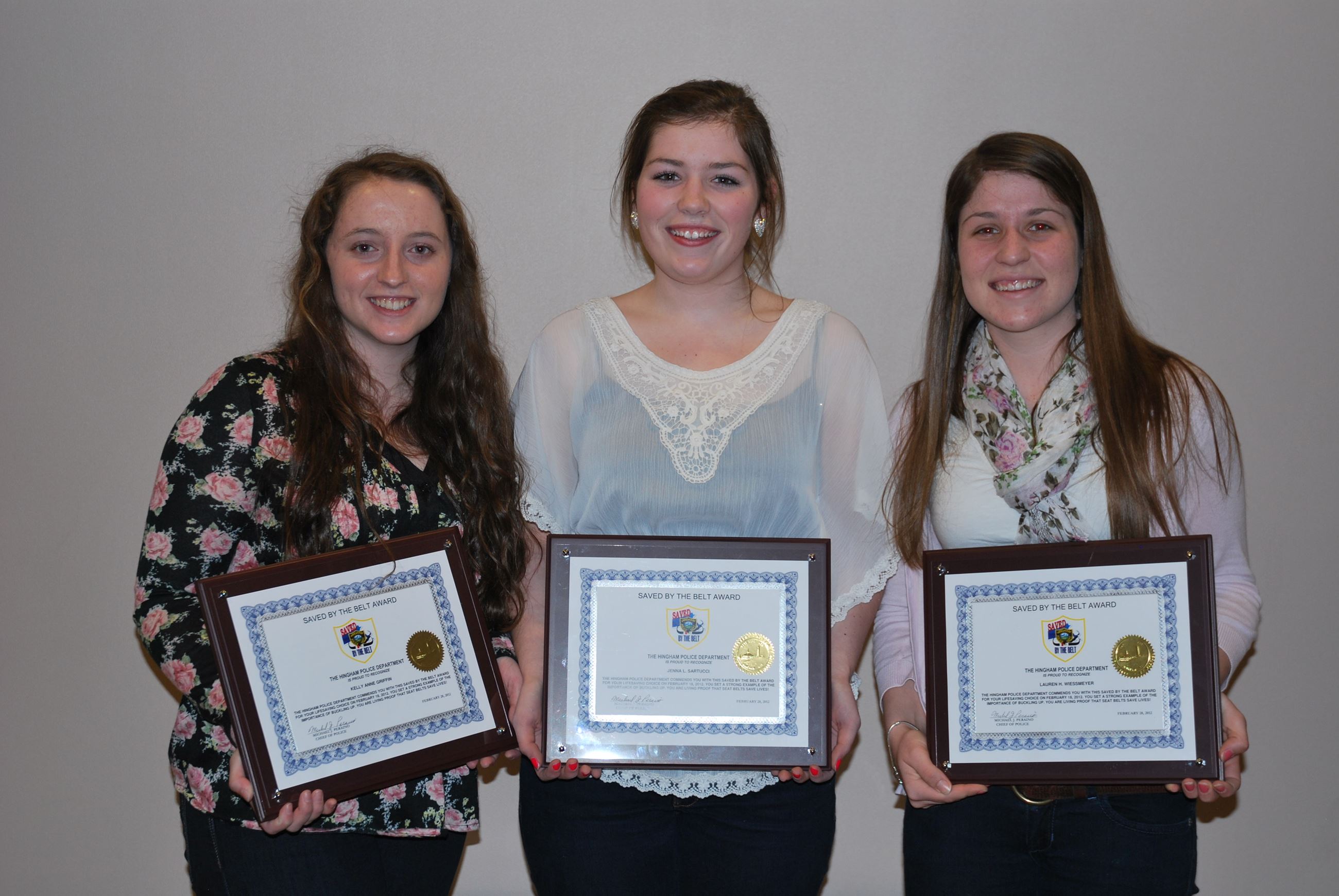 John L. Kornet  Jr., 70, of Cohasset, was driving on Route 3A when his Kia collided with an SUV that pulled out from a stop sign. The SUV was attempting to cross Route 3A. The impact caused the Kia to roll onto its driver’s side.

Mr. Kornet, who was alone, was wearing his seat belt. His airbags deployed and he was trapped in the driver’s seat. The Jaws of Life were used to extricate him. He was received non- life threatening injuries.

Investigating Officer Jeremiah Sullivan noted the seat belt kept Mr. Kornet secured in his seat, and prevented him from being partially or even fully ejected onto the road or being thrown inside. The driver’s seat area was not crushed or compromised. 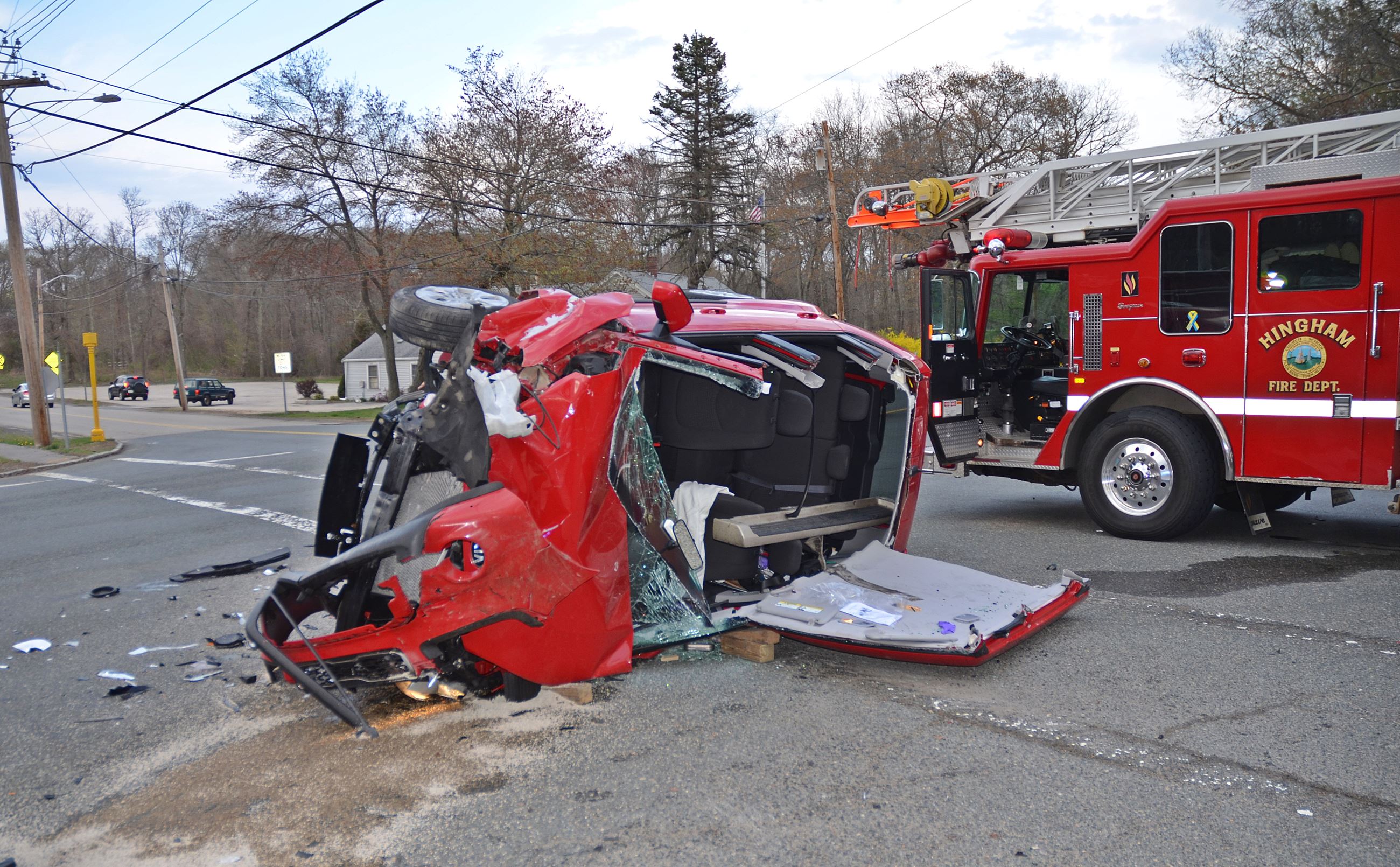 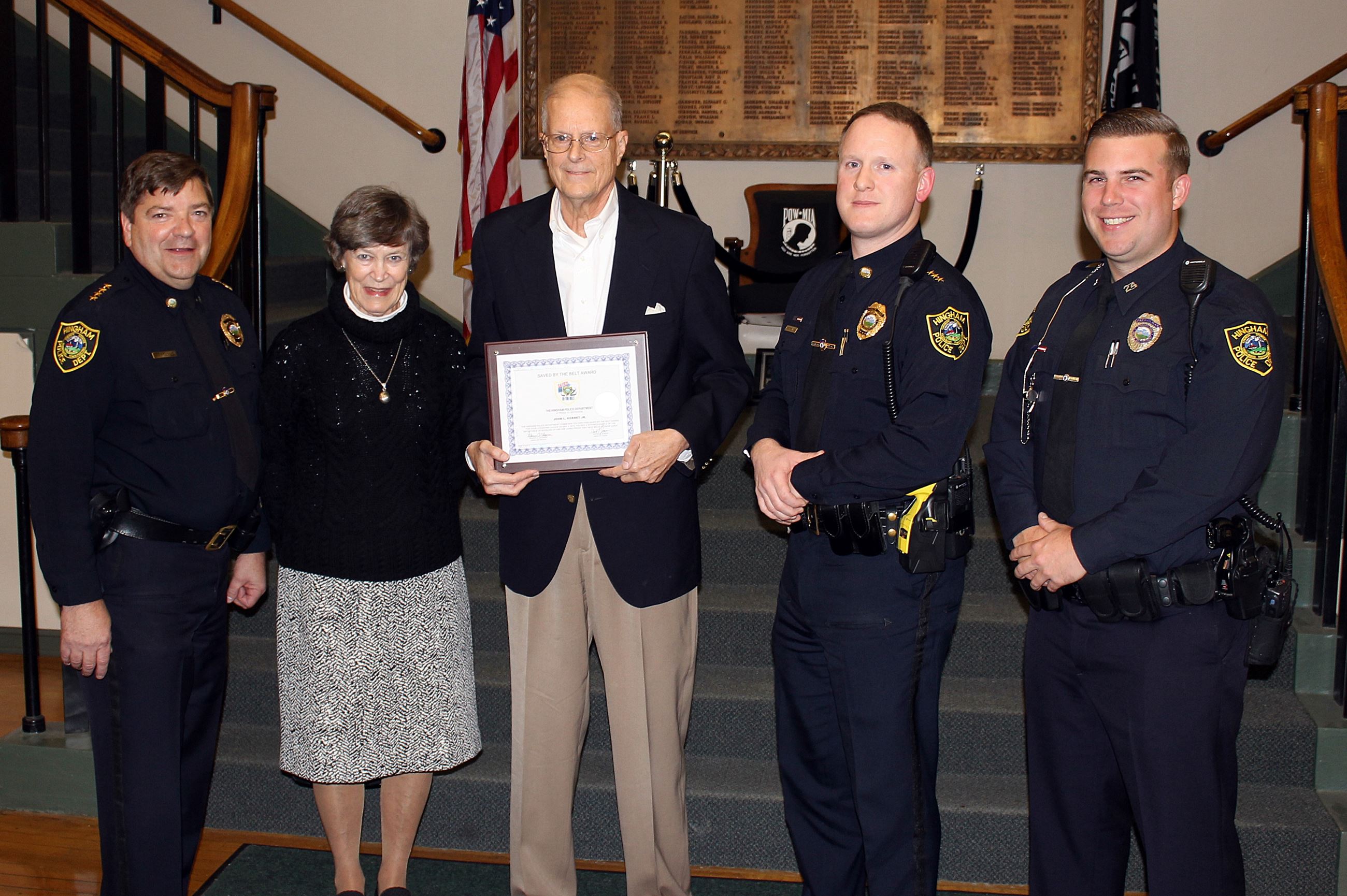