A drug recognition expert or drug recognition evaluator (DRE) is a police officer trained to recognize impairment in drivers under the influence of drugs other than, or in addition to, alcohol. The International Association of Chiefs of Police (IACP) coordinates the International Drug Evaluation and Classification (DEC) Program with support from the National Highway Traffic Safety Administration (NHTSA) of the U.S. Department of Transportation. In addition to officers, who are certified as DREs, the DECP educates prosecutors and judges in the prosecution of drugged drivers.

The Los Angeles Police Department (LAPD) originated the program in the early 1970s when LAPD officers noticed that many of the individuals arrested for driving under the influence (DUI) had very low or zero alcohol concentrations. The officers reasonably suspected that the arrestees were under the influence of drugs, but lacked the knowledge and skills to support their suspicions. In response, two LAPD sergeants collaborated with various medical doctors, research psychologists, and other medical professionals to develop a simple, standardized procedure for recognizing drug influence and impairment. Their efforts culminated in the development of a multi-step protocol and the first DRE program. The LAPD formally recognized the program in 1979.

The LAPD DRE program attracted NHTSA’s attention in the early 1980s. The two agencies collaborated to develop a standardized DRE protocol, which led to the development of the DEC Program. During the ensuing years, NHTSA and various other agencies and research groups examined the DEC program. Their studies demonstrated that a properly trained DRE can successfully identify drug impairment and accurately determine the category of drugs causing such impairment.

In 1987, NHTSA initiated DEC pilot programs in Arizona, Colorado, New York and Virginia. The states of Utah, California, and Indiana were added in 1988. Beginning in 1989, IACP and NHTSA expanded the DEC Program across the country. Currently, 50 states, the District of Columbia, Canada and several countries around the world participate in the DEC Program.

In 1992 the governing board of the International Association of Chiefs of Police approved the creation of the Drug Recognition Section. (For more information on the DRE Section’s mission, goals, and bylaws, click on “Program Oversight.”)

On June 10-13, 1995, the section hosted a training conference on impaired driving in Phoenix, Arizona. Since then the IACP Training Conference on Drugs, Alcohol and Impaired Driving has convened every year and is attended by DREs and their instructors, DUI enforcement officers, prosecutors, toxicologists, medical and school professionals, and other highway safety advocates.

Find out more about the Drug Recognition Expert Programs 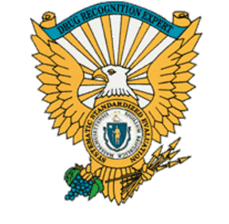